Halverson Projects is founded on the premise that animals raised for food are entitled to be treated with dignity and consideration for their physical and emotional needs and that people, whether they consume animal products or not, are responsible for their welfare.

Bringing scientific research and on-farm experiences to a broader audience, Halverson Projects seeks to show how fitting farming systems to the animals’ needs also helps promote biodiversity and food sovereignty while mitigating animal agriculture's contribution to climate change. Halverson Projects aims to correct the misperception that prioritizing the welfare of farmed animals is a zero-sum game, where every gain for animals represents an equivalent loss for people. While consumption of animal products in the U.S. is on the decline, the number of animals raised in industrial systems is growing in the U.S. and in developing countries.

Sisters Diane Halverson and Marlene Halverson grew up in Southern Minnesota on a dairy farm that diversified into crops, pigs and chickens. They have worked extensively in various capacities to educate the public about who farmed animals are and advocate for their welfare. 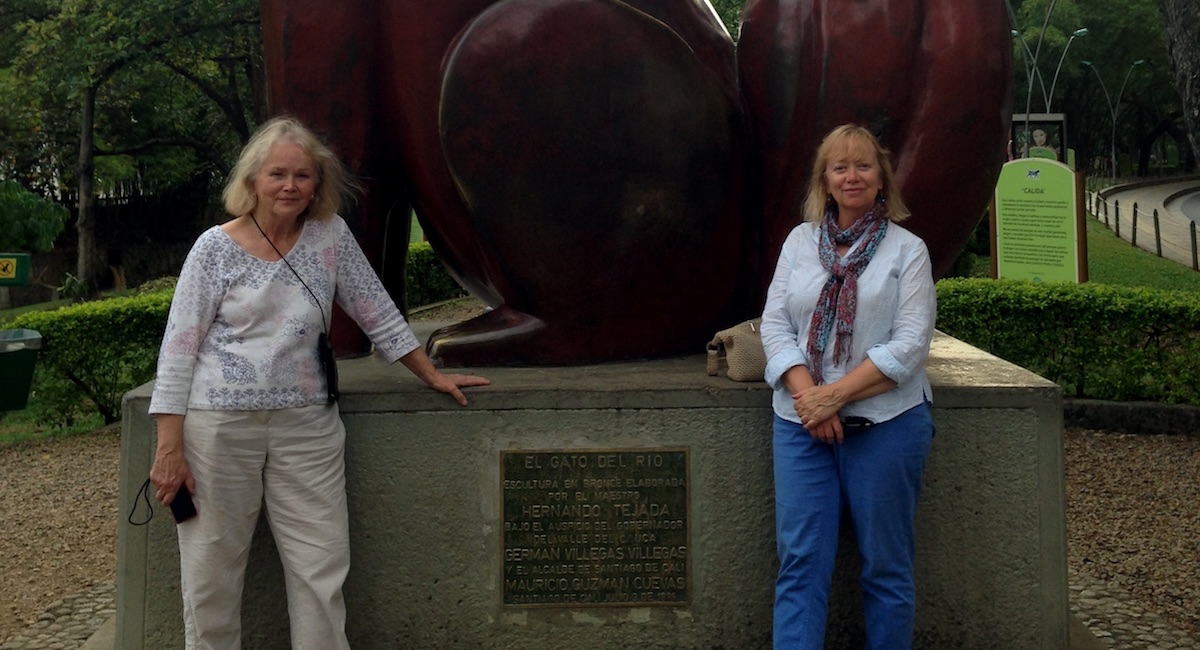 Diane founded the Animal Welfare Institute’s farm animal welfare program under the Institute’s late founder and President Christine Stevens. Working with scientists, farmers and mentor Ruth Harrison, visionary author of Animal Machines: The New Factory Farming Industry (1964), Diane developed high welfare husbandry standards for pigs, including being raised on family farms, without the non-therapeutic use of antibiotics, and outdoors on pasture or in deeply bedded pens. She created Pastureland Farms, the first label embodying high welfare standards for pigs approved by the U.S. Department of Agriculture. Diane later worked with the original Niman Ranch Pork Company to implement these standards on its network of independent family farms. Working with scientists and farmers such as Frank Reese of Good Shepherd Turkey Ranch, she subsequently expanded the standards program to multiple species, under the Animal Welfare Approved seal, now an independent entity. Diane has advised some of the world’s largest food marketers and, alongside Temple Grandin, received the Geraldine Rockefeller Dodge Foundation’s first Humane Ethics in Action Award. She also worked for the Humane Farming Association and is currently an animal welfare advisor to Farm Forward. Diane has produced short films on issues surrounding animal farming that were distributed internationally. Her footage has appeared in a variety of media from CBS 60 Minutes to Polish National Television.

While a graduate student, Marlene was commissioned to write the Technical Working Paper on Animal Health and Well-being for the State of Minnesota Generic Environmental Impact Statement on Animal Agriculture and an analysis of the social and environmental costs of industrialized animal farming for the Environmental Funders’ Group (published by the Institute for Agriculture and Trade Policy). She introduced high welfare systems for pigs developed by Swedish farmers to the U.S., assisting in research and demonstration projects featuring the Swedish deep-bedded group housing systems for pigs at Iowa State University and the University of Minnesota. As Senior Farm Animal Policy Advisor at the Animal Welfare Institute, she participated in high-level international conferences including the global animal welfare standards-setting process of the OIE - the World Animal Health Organization - based in Paris and worked with Diane and teams of scientists to author high-welfare husbandry standards for several species for the Animal Welfare Approved program. She has published more than a dozen papers and articles on animal welfare in agriculture. Marlene is currently an animal welfare advisor to Farm Forward.